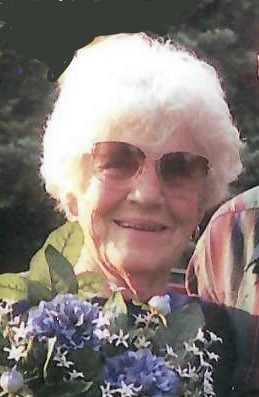 Anna Mary K. Wingerd, 88, of Greencastle, passed away peacefully at her home with her son, Dennis, by her side on Saturday morning, April 3, 2021.

Born February 9, 1933 in Greencastle, she was a daughter of the late Russell and Ella Carbaugh Tosten. Anna Mary was a lifelong resident of Greencastle, and was employed as a seamstress by the Stanley Company in Chambersburg from the age of 16 until its closure, when she ultimately retired. Anna Mary was married to Richard “Red” Wingerd for 53 years before he passed away in 2013. With him, she found true happiness, love, and companionship. Together they raised their three boys, James, Dennis, and Kenneth.

Anna Mary had a passion for gardening and loved to spend time in her large garden. There she grew fruits and vegetables that she used in many family-loved recipes, especially her strawberry jelly. She was known for sharing her harvests with family, friends, neighbors, and co-workers. Anna Mary’s green thumb also extended to her beautiful rose bushes. The roses were stunning shades of reds and yellows, as well as vibrant whites. She always made sure her granddaughters left with armfuls of flowers whenever they came to visit.

Known for her quick wit and exuberant personality, Anna Mary had the ability to put a smile on anyone’s face. She had a saying for every occasion which was guaranteed to make you chuckle. She was also an avid storyteller and loved to share many of the experiences she’d had over the years. Her love for her family was first and foremost, followed closely by a good cup of coffee and a Chinese buffet. She had a one-of-a-kind spirit and will be sorely missed.

Anna Mary was preceded in death by her parents, her husband Red, and her beloved son, Kenneth. She is survived by two sons James (Kathie) and Dennis, grandchildren Angela (Tim) Smith, Jesse Duffey, Amy (Chris) Duffey, and Kimberley (Eric) Staves, several great-grandchildren, and her grandpup, Kelly.

Due to Covid-19, a private graveside funeral will take place at the discretion of the family. Assisting the family with arrangements is Harold M Zimmerman & Son Funeral Home in Greencastle.

A service summary is not available

My heartfelt sympathy is with your family. Aunt Anna Mary was certainly a humorous hardworking spirit. She always made sure there was plenty of laughter. I will miss her phone calls. She was a very special lady.

Our deepest sympathy to your family.
Our ”Cordell” family knew your family growing up. And our Mother Vivian considered Anna Mary a very dear friend and spoke of her often.  They knew each other from their Stanley work days. Our sincere condolences.

A Memorial Tree was planted for Anna Mary K. Wingerd

We are deeply sorry for your loss ~ the staff at Harold M. Zimmerman And Son Funeral Home Inc.
Join in honoring their life - plant a memorial tree